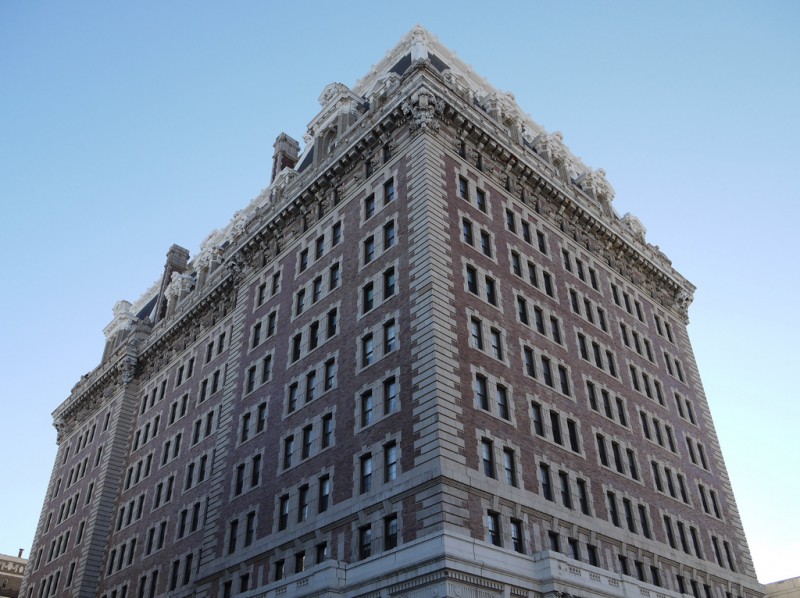 To My Darling B—,

I wish I could have seen you in your prime. Vestiges of your splendor remain—gilded ballrooms, grand chandeliers, lavish boiserie—that fill my mind with romantic images of your romantic past. You played host to stars and socialites, presidents and aristocrats. How gorgeous you must have been in those days—how magnificent your rooms, how prim your guests! I dream of the jeunesse dorée in your grand ballroom, and of the demi-monde in your speakeasy. I think of the creative souls who made their homes in the world’s best hotels and imagine where they would stay in Baltimore—Charles James surely would have chosen you, his room covered in the chiffon and brocaded silks of his metier.

Most of all, I think of the 1930s and F. Scott Fitzgerald. In Baltimore he struggled to maintain the high society image that inspired his work: his magnificent Tender is the Night flopped, Zelda was in and out of Sheppard Pratt, and Scottie had become the go-between for her father and the landlord of their Bolton Hill home. How marvelous you were in comparison! How grand his evenings must have been with Mencken in your speakeasy—gin for Scott, beer for Mencken. (Fitzgerald later moved into a hotel, though one not nearly one as grand as you. Had he the money, I have no doubt he would have chosen you.)

When I walk across your ballrooms I think of Scottie’s debutante party. Fitzgerald watching the girls and drinking, then flirting with the girls and drinking, then embarrassing his daughter and watching her leave as he continued drinking. He was troubled in Baltimore, but he did throw splendid parties, and though he lived beyond his means, he did so in such spectacular fashion.

Your spectacular days are long gone: your lavish rooms now converted into dull apartments, your ballrooms relegated to conferences and weddings. And what is the deal with that dreadful mall on your lower level? How I wish I could go to your bar and instead of sports hear Jack Buchanan. How I wish I could watch women dressed in furs and silks walking across your lobby. When the money left Baltimore you too were left behind. How bittersweet, now, that luxury should return to Mount Vernon without you. Did you hear about the Ivy Hotel, how it claims your title, “Baltimore’s Crown Jewel”?

When I leave you I think of Fitzgerald leaving you. I think of aristocrats and socialites, bellhops and concierges. Drunk on gin I try to count your gargoyles and lose my place. Again my mind is filled with romantic images of your romantic past. How wonderful you must have been, how absolutely wonderful.

Nathan Dennies is the Communications and Operations Associate at AIABaltimore and the Baltimore Architecture Foundation. He is also chair of the Greater Hampden Heritage Alliance.

Want to have your love letter to a Baltimore building featured? Visit http://baltimorearchitecture.org/love-letters-to-baltimore-buildings/ for details on how to submit.