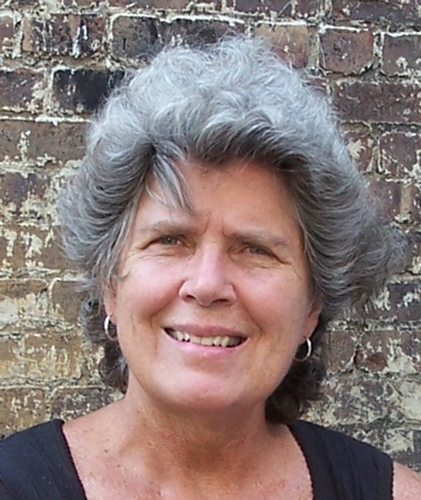 As I pen my final letter as your President, it is only fitting to make it about Karen Lewand, Honorary AIA, our Executive Director from 1992 to 2012. That is because she is the main reason I chose to serve our chapter as fervently as I have. She had a special gift for drawing the very best from those around her by modeling in her own actions strong, diligent and committed service to others.
Background‐ Karen was originally from Detroit. This came through clearly in her love for Motown music, which I share. She graduated from the University of Dayton and later received her Masters from Johns Hopkins University. She came to Baltimore in 1977, where she worked for Hopkins’ Financial Development Office in fundraising. Though her budget then was about ten times higher than that of our chapter, she honed her skills at running a nonprofit with a strong hand for financial prudence. Unfortunately at that time our AIABaltimore Chapter was struggling on a number of fronts. We were severely in the red, barely able to consistently function, and nomadically moving from one rented facility to another.
Chapter Savior‐ It is no exaggeration to recognize that Karen Lewand saved our chapter. We were on the brink of insolvency, unable to afford a full time executive director and unclear as to how to achieve a permanent chapter house from which to serve our members. She chose to take on this daunting challenge and steadily set our chapter on a sustainable course. This took vision, frugality, dedication and time. Thankfully her inspired leadership as our Executive Director proved remarkably effective. When medical issues precipitated her resignation in April 2012, Karen had left us in a very healthy state: a permanent chapter house we own; a significant balance of savings (reserves) to weather unforeseen future costs; a robust program of committees to serve our members; and a staff of four to support chapter needs.
Learning from Karen‐ During her twenty‐year tenure as our Executive Director, Karen displayed a distinctive style of leadership. Although at times it may have seemed heavy handed, there can be little doubt of its effectiveness. I believe it valuable to share some of Karen’s lessons to us:

Guessing Game‐ It might be fun to speculate as to what Karen might say about our chapter today. My own guess is that she would be very impressed by the work of her successor, Kathleen Lane, and her multi‐talented staff. Karen would be extremely proud to see the amazing strides made in reaching more of the general public as evidenced by the phenomenal success of Doors Open Baltimore 2016. I expect she’d be delighted with the variety of FAR (Future Architects Resources) programs and the number of Baltimore youth reached by these. Karen would be impressed with our current initiative to consider creating a “Center for Architecture” but would likely strongly caution us to do so with fiscal prudence and only after doing ALL of our homework first. Ed Hord also shared his certain belief that Karen would very strongly urge all future chapter leaders to “MAINTAIN THE RESERVE” given her reminders that the reserve is an important part of any nonprofit’s financial management strategy. Please share with me your own guesses about “what Karen would say” relative to where we find ourselves today.
Strong Foundation‐ Due to the inspired, diligent work of Karen Lewand and many others, we have a firm, solid foundation upon which our organization has grown and continues to rise even higher each year. We must be fully cognizant of all those, both living and dead, who we are indebted to for this. And accordingly, we must continue to make good choices that are worthy of the sacrifices they made to get us to this current excellent position of strength and success.
Coincidences‐ How curious that Karen shares the same “KL” initials with her successor Kathleen Lane. Another coincidence is the following: Karen Lewand died on December 20, 2012. A few years ago I noticed that, per our 2005 chapter history by Charles Belfoure, the eighteen founding members had their first chapter meeting on December 20, 1870. As a symbolic tribute to Karen, I request that you please remember to light a candle on December 20th. This little gesture will help us to thankfully acknowledge our debt to her and others responsible for building such a strong foundation for our chapter.
I would like to thank all of you for the privilege of serving you as chapter president in 2016. It has been an amazing experience for me that I have treasured and will remember with great joy. Please join me in welcoming your 2017 President, Sharon Day of GWWO, as she takes over. Knowing her great work when we both served on the Design Awards Committee, I have absolutely no doubt that Sharon will lead our Baltimore Chapter into new and innovative places with great success.
Thanks for all each of you do & will continue to do for our great AIABaltimore Chapter.