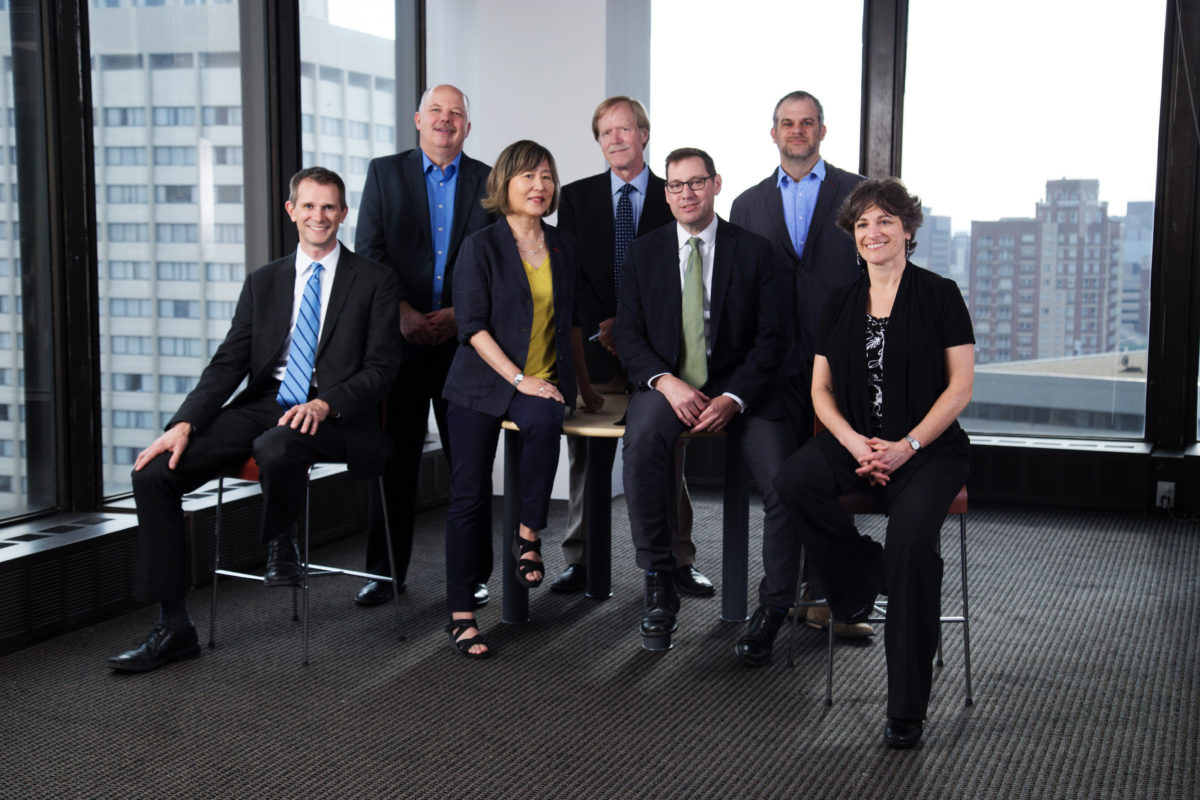 Baltimore, MD (April 26, 2017) – Quinn Evans Architects, an award-winning architectural and planning practice, has announced that the firm will acquire Baltimore-based Cho Benn Holback + Associates, effective May 1. Established in 1979, Cho Benn Holback + Associates is a 30-person architectural and planning firm located on N. Charles Street in downtown Baltimore.
According to Larry Barr, AIA, president of Quinn Evans Architects, Cho Benn Holback + Associates will operate under the name Cho Benn Holback, a Quinn Evans Company, and will remain in its current location. No changes are anticipated to the firm’s management, staffing, and current projects. The Baltimore presence will serve as Quinn Evans’ fifth office location; the firm also maintains offices in Washington, D.C.; Detroit and Ann Arbor, Michigan; and Madison, Wisconsin.
Both firms are known for their deep portfolios in cultural, educational, civic, and urban infill projects, with expertise in historic preservation and adaptive use. Established in 1984, Quinn Evans Architects has received major architectural design and preservation awards for work throughout the U.S., including such projects as the restoration of the National Academy of Sciences and the Sant Ocean Hall in the Smithsonian Institution’s Museum of Natural History in Washington, D.C.; renovation of the Benjamin Franklin Museum in Philadelphia; restoration of the Colorado State Capitol dome in Denver; and numerous projects for the University of Michigan. Current projects include the modernization of the National Air and Space Museum (NASM) in Washington, D.C.; the restoration of the historic Wurlitzer Building in Detroit; and the modernization of Old City Hall in Richmond, Virginia.
Cho Benn Holback + Associates is directed by founders Diane Cho, AIA, LEED GA; David Benn, AIA, LEED AP; and George Holback, AIA, LEED AP. The firm has been recognized with more than 200 design awards since its founding, including eight Grand Design awards from the Baltimore Chapter of the American Institute of Architects (AIA) and five Public Building of the Year awards from AIA-Maryland. Widely regarded for its design and revitalization work in Baltimore’s urban context, Cho Benn Holback has delivered numerous successful projects in the multifamily residential market, including the acclaimed Lillian Jones Apartments and numerous apartment and condominium communities within the redeveloped Clipper Mill. The firm has also completed many educational facilities, including public and private school buildings as well as college and university projects. Current clients include Montgomery College, the University of Maryland, and the Pilot School in Delaware.
Both firms have completed a number of notable theater projects. Quinn Evans Architects is currently designing its fourth major theater modernization for the Kennedy Center for the Performing Arts in Washington, D.C.; and also designed the award-winning restoration of the landmark Garden Theater block in Detroit. Cho Benn Holback recently completed the renovation of Center Stage in Baltimore, and designed the award-winning adaptive use of the 19th-century Mercantile Trust building into the city’s new Chesapeake Shakespeare Theater.
Similarly, both firms have extensive portfolios of work for the Smithsonian Institution.
In addition to the renovation of the Sant Ocean Hall and the current work at the NASM, Quinn Evans is currently designing the new bird house at the National Zoological Park, where the firm has completed many projects. Cho Benn Holback received numerous awards for its design of the National Postal Museum in Washington, D.C., and has also completed projects at the National Zoological Park, including the American Bison Exhibit and the new Events and Education Center.
“Cho Benn Holback is an ideal fit for Quinn Evans Architects in terms of staff, expertise, and portfolio,” says Barr. “I have long admired the thoughtful and creative approach reflected in their work—the caliber of design is consistently visionary and transformative. Projects like the Lillian Jones Apartments; the National Postal Museum; and Open Works, the state-of-the-art new maker space in Baltimore, are stand-outs for me. Our strengths, our studio cultures, and our aspirations as design firms are remarkably aligned.”
“Quinn Evans Architects is well known for its resourcefulness in urban planning and design, and that focus is what has inspired our own work through the years as well,” says Cho. “We are looking to help rebuild and reinvigorate communities. Working together, we’ll have an opportunity to take our experience to other cities, and bring Quinn Evans’ perspective to our work here in Baltimore as well.”
Release courtesy Quinn Evans Architects