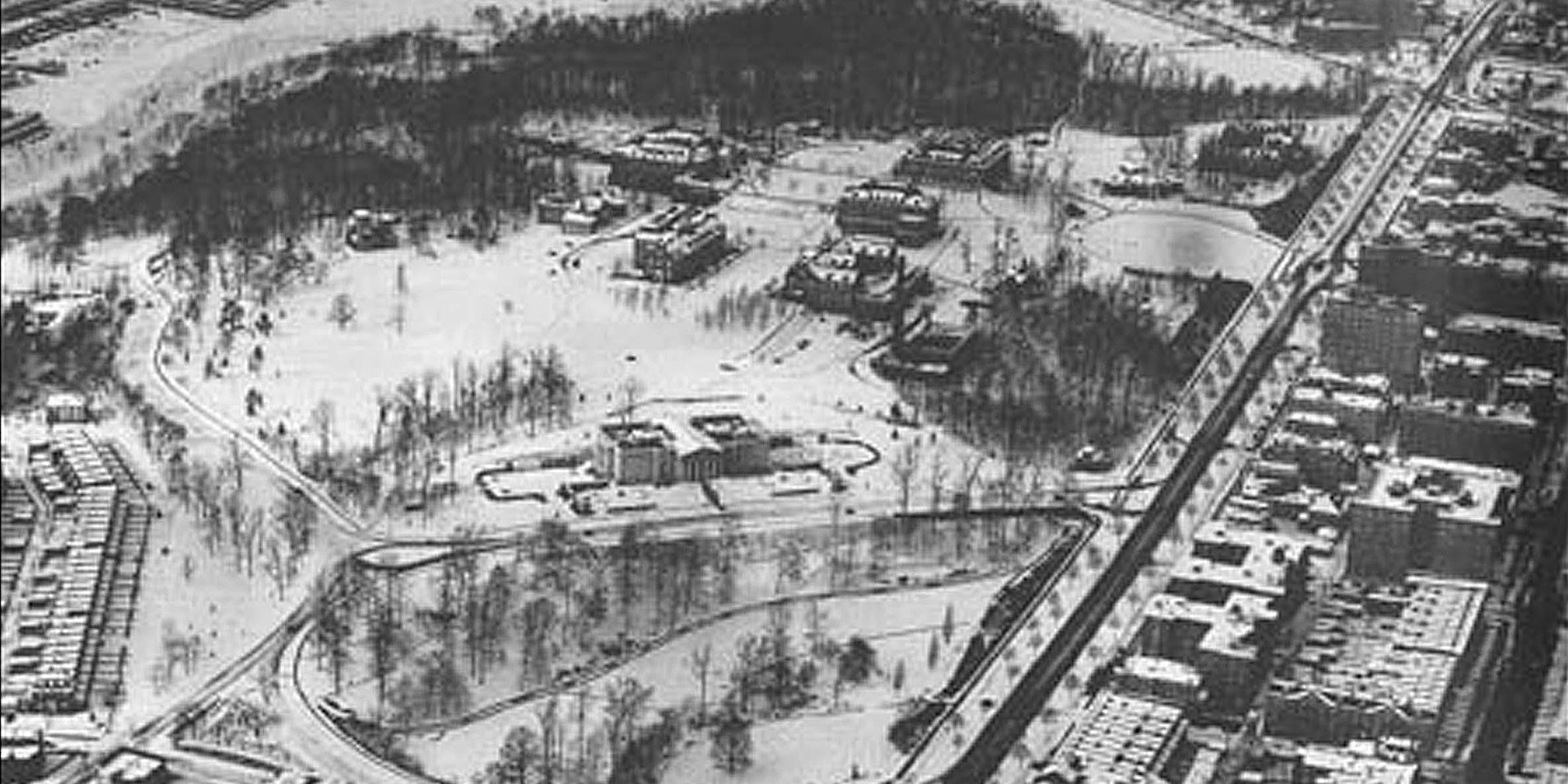 The presentation will focus on the Olmsted vision and what remains today.

This program is hosted on Zoom. Upon registering you will receive an email confirmation and a Zoom link. If you do not receive a link, please contact ndennies@aiabalt.com. If you do not contact us at least 1 hour prior to the start of the program, we cannot guarantee admittance.

Virtual Histories are back in 2021! The Baltimore Architecture Foundation (BAF) and Baltimore Heritage present a series of 30 minute live virtual tours and presentations focusing on Baltimore architecture, preservation and history.

Tickets are donation based. We encourage you to give what you can to support BAF and Baltimore Heritage. Your support helps us make up for lost tour and program revenue from COVID-19 and create more virtual programs like this. A portion of donations will also go to Friends of Maryland’s Olmsted Parks & Landscapes (FMOPL).

Wyman Park and the Stony Run Stream valley demonstrate the premier design work of the Olmsted Brothers from 1903 to 1947. The influential landscape architecture firm was established in 1898 by brothers John Charles Olmsted and Frederick Law Olmsted Jr., sons of the eminent landscape architect Frederick Law Olmsted. The Municipal Art Society hired them to produce the City’s first comprehensive park system plan in 1904, the Development of Public Grounds for Greater Baltimore Report. The Wyman family had donated land for Johns Hopkins University in 1902 for use as a northern campus and that same year, the University gave the remainder of the land to the City of Baltimore to serve as a public park.

In the 1904 Report, the Olmsted Brothers identified Wyman Park, with its old beech trees and bold topography, as one of the finest single passages of scenery to be so near a large city and advocated for it to become a stream valley reserve and extended north and south Bookending the University to the southeast and fitting into the City grid is the intact Wyman Park Dell, a 16-acre public park noted for its steep enclosing slopes and a large, sweeping lower lawn, fully realized and conceived by the Olmsted Brothers. The presentation will focus on their vision and what remains today from Stony Run’s headwaters at the city’s northern border to where the stream joins the Jones Falls River to the south.

In addition to the Baltimore Architecture Foundation (BAF) and Baltimore Heritage, Inc., this Virtual History is co-sponsored by the Friends of Maryland’s Olmsted Parks & Landscapes (FMOPL) and the Maryland Society of Landscape Architects.

Since 1986, Sandy Sparks, founding president of the FMOPL, is strongly committed to the non-profit organization’s involvement in streetscape, park system and watershed planning, in addition to its significant archive of Olmsted drawings. Since the 1990s, Sandy has served as the designer/editor of The Olmstedian monograph series focused on Olmsted designs in the Baltimore region. A strong believer in the value of stakeholder-based parks friends groups, Sandy launched the Friends of Wyman Park Dell (1983), Friends of Mt. Vernon Place (2000) and Friends of Stony Run (2011). With support from the Central Baltimore Partnership, she led the launch of the Friends of the Jones Falls, becoming the group’s first President in 2019. A graduate of the University of Illinois (BFA) and Maryland Institute of Art (MFA), Sandy remains an active leader in Charles Village, where she has lived since 1966 and continues to design/edit The Charles Villager.

Jillian Storms, AIA, is an architect in the School Facilities Branch of the Maryland State Department of Education. She once served on the Board of Directors and Inventory Committee of FMOPL. She is a former President of the BAF and now serves as co-chair of its research committee, the Dead Architects’ Society. She received BAF’s Roger Redden Award and Preservation Maryland’s George T. Harrison Volunteer Award in recognition of her extensive architectural research and public programming and has already graced us with a couple of Virtual Histories focused on that research