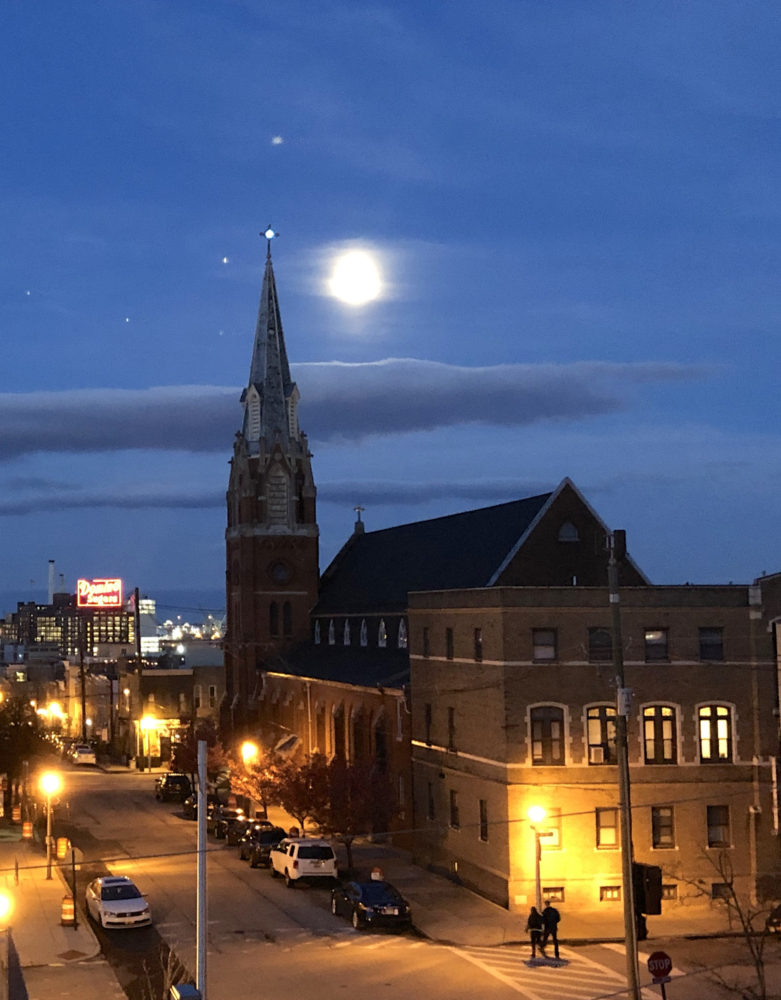 In the 19th and early 20th centuries Baltimore was a major port of entry for European immigrants. Between 1868 and 1914 over 1.2 million immigrants entered Baltimore through Locust Point and found work in the port, factories and railroads. Come learn how their labor and tireless pursuit of the American Dream propelled Baltimore into the industrial age.

Start/end your tour at AJ’s on Hanover (1500 S Hanover St), which is offering 15% discount on all food & beverages (non-discounted items) for Doors Open Baltimore attendees!

Baltimore industry relied on the ingenuity and labor of immigrants. The museum is located in the 1865 Platt & Company Oyster Packing Co, which is the last existing cannery building along the harbor.See workspaces and machines of Maryland’s industrial past. Check in at the front desk. Presentation about adaptive reuse of industrial buildings with architect Tom Liebel at 10am. Hands-on family activities from 11am-2pm. Farmers’ Market 9am-1pm.

The Baltimore Immigration Museum tells the story of the many immigrants who came to Baltimore between 1830 and 1914. In 2013, after a long search for a site, the Baltimore Immigration Memorial Inc. and the Christ United Church of Christ partnered to establish a museum in the building adjacent to the church on Beason Street. The building is a very appropriate home for the museum: it was used as an immigrant house from 1904 to 1914 to provide temporary accommodations to immigrants searching for permanent housing. Presentations and tours from 1-4pm.

When it was completed in 1923, the grain elevator at Silo Point was the largest and the fastest in the world, conveying 3.8 million bushels of grain from railcars to transatlantic ships every year. By 2003 the facility had become dilapidated and needed a new purpose. The 300 foot tall building was redeveloped into luxury condominiums. Visit this unique industrial reuse project. Entrance is located between the two buildings, not near the retail spaces. Check out the pop-up gallery for local Baltimore artists, and live music!

Saint Mary Star of the Sea

Built for the Irish catholic community in South Baltimore, the church was dedicated in 1869. Its prominent spire with a light at the top was a beacon for ship traffic in the Inner Harbor and served as an official landmark on mariners maps of the Port of Baltimore. Inside features beautiful stained glass windows (1890) and a magnificent Cassavant organ (1920).

The church was built by and for the Catholic community of German immigrants in South Baltimore in 1858-60. The interior features stained glass windows from Germany and wooden stations of the Way of the Cross, both with captions in German language.Over the years additions were built like the school and rectory. The towering steeple crowned with a copper cross was added in 1885. Rising 200 feet, the steeple became one of the most significant landmarks of South Baltimore.

This is the oldest continuously used church in Baltimore City. The church was founded in 1771, when a group of German Baltimoreans erected a temporary chapel for the German Evangelical Reformed Church. The church was named after Pastor Philip William Otterbein, a German immigrant. Old Otterbein Church served as the cradle of the United Brethren in Christ until the denomination was merged with the Methodist Church to create the United Methodist Church in 1968. You have probably noticed the church on your way to Camden Yards or the convention center. Now come see inside!

The Irish Railroad Workers Museum consists of two renovated alley houses built in 1848 to provide housing for the growing number of workers employed by the B&O Railroad. One of the houses is furnished in 1860’s fashion, reflecting the lives of the Irish-immigrant family who lived there, while the other offers changing exhibits relating to Irish-American history and local life