DOB 2019 Itinerary: Churches at the Centre 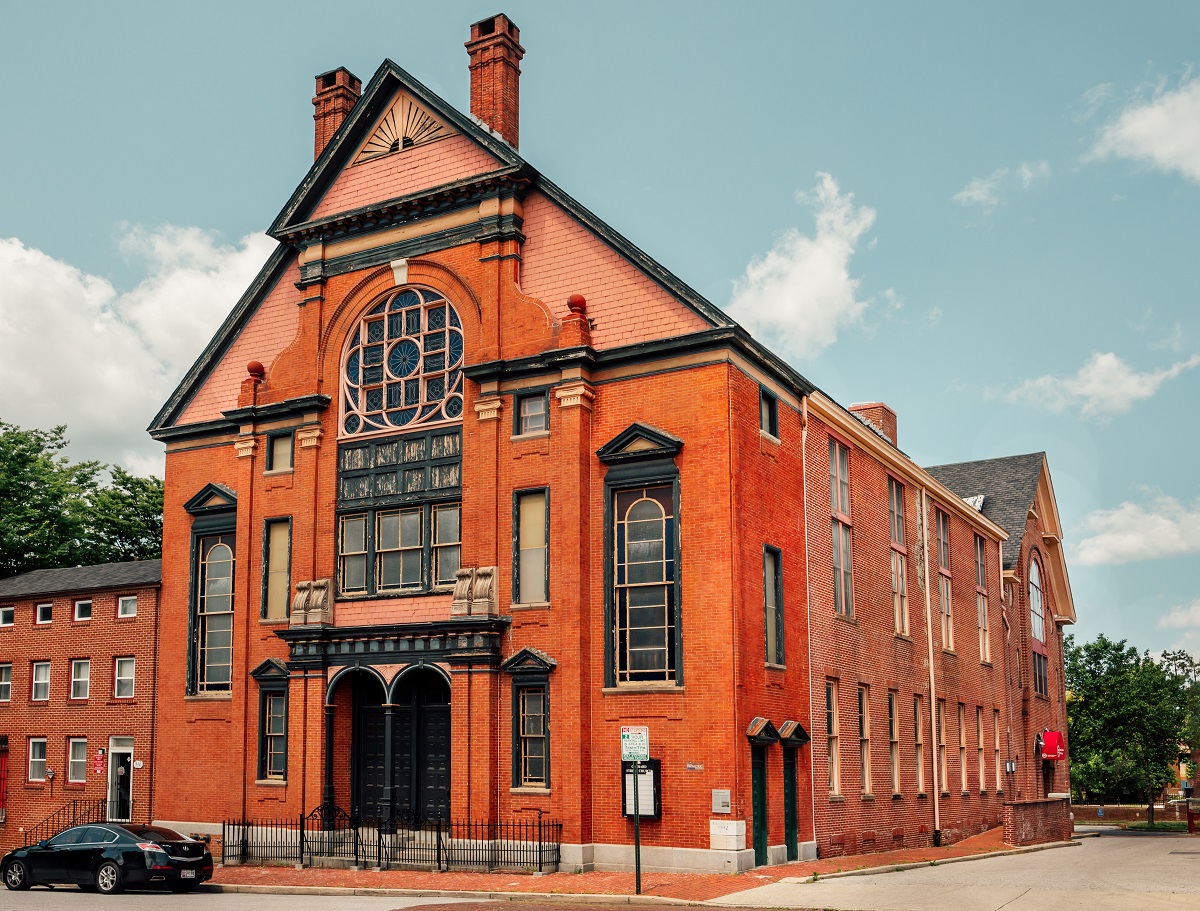 Baltimore is a city full of churches. Doors Open Baltimore just scratches the surface of the city’s rich inventory of spiritual buildings. Take the light rail to Centre Street and see some favorites in Seton Hill and Mt. Vernon.

Start/end your tour at Mt. Vernon Marketplace (500 Park Avenue) for a drink and a bite to eat!

The Sulpician Fathers settled at this site in 1791, invited by Bishop John Carroll to start the first Catholic Seminary in the United States. Today, you will find four buildings on site: The Seminary Chapel, Mother Seton House, the Spiritual Center and the Visitor Center. Completed in 1808, the chapel is one of the earliest examples of Neo-Gothic architecture in the United States. The seminary was home to Saint Elizabeth Ann Seton, the first US-born saint canonized in the Catholic Church. Learn more about St. Mary’s on a guided tour!

The original church was built in 1837 by African Americans for African Americans. In 1882, architect Frank E. Davis was commissioned to build a new church on the site to meet the needs of the growing congregation and neighborhood. During the post-Civil War era, the church served as a civil institution for the African American community. The GBUL continues the civil legacy of the church through programs, outreach activities, community and organization meetings, and tours.  Guided tours and library exhibit available. Enter under the red canopy on the side door. Please park on the street or the lot across the street. The parking lot adjacent to the Church is a tow lot.

The interior boasts many Tiffany stained glass windows, a triple-vaulted sanctuary, and rich plaster tracery. Design for this commanding Gothic Revival church began in 1854 by architect Norris G. Starkweather, and eventually completed by his chief draftsman, Edmund Lind, who would go on to become a prominent architect in his own right. While the church was dedicated in 1859, the 273-feet tall cast-iron spire wasn’t finished until 1874.

Be sure to see the Tiffany windows and a magnificent John LaFarge window in the nave, and Daniel Chester French sculpture in Baptistry. Emmanuel Church, a daughter parish of Christ Church, Baltimore, was constructed in the Italianate style with a Tuscan bell tower and rubble masonry. Today, only the exterior walls and lancet windows are left of the original design as the church was extensively renovated in the 1910s and 1920s. Architects Goodhue, Cram & Ferguson transformed the church by raising the roof and floor to create room for a chapel on the lower level and adding a Gothic Revival tower. This larger Gothic Revival building is what you see today.

See the Tiffany-designed mosaic that depicts “The Last Supper” as well as seven Tiffany windows. The First Unitarian Church of Baltimore is the first church in the United States built for and by Unitarians, which is still in use by the same congregation as a Unitarian church. It is architect Maximilian Godefroy’s major Baltimore work and one of the city’s finest buildings of the period. A daring modern design when it was constructed, the building utilizes the basic shapes of the cube and the sphere with a minimum of detail on the flat planes to emphasize the geometry of the structure. In the late-19th century, major reconstruction of the interior of the sanctuary was undertaken with the addition of a barrel-vaulted ceiling, a Tiffany mosaic and seven Tiffany windows, and a magnificent Niemann organ.

The Baltimore Basilica was designed by Benjamin Henry Latrobe, the architect of the United States Capitol building. The Basilica is one of the most architecturally significant buildings in Baltimore and at the time of construction featured one of the country’s grandest interiors. The recent restoration project reinstated the building’s original interior color scheme, light marble flooring, and 24 clear glass skylights.

The undercroft will be closed to tours. Extra masses will occur throughout the day for the Rosary Congress.